What are Cartel Maps?

As it sounds, Narco or Cartel maps are geographical maps of towns and cities in Mexico that are home to some of the most influential and powerful drug cartels in the world. Our maps of different cartel territories are a representation of the place. They include the roads and highways, boundaries, and surrounding mountains along with rivers and coastlines. We created the maps accurately by the scale and they show the overview of a given location.

A few years ago I was contacted by a woman in Sinaloa, Mexico. She was hoping to get a map made of the town where she grew up, Badiraguato, Mexico. I found the name so interesting I decided to google to learn more about this remote city in Mexico. It didn’t take more than the first paragraph to see that Badiraguato is just south of the famous “La Tuna” region, the birthplace of Joaquín “El Chapo” Guzmán. And coincidentally the woman who contacted me through Instagram also shared the same last name as the Mexican drug lord. However, regardless of the Guzmán name coincidence, I had no clue if the woman who messaged me was related to the Sinaloa cartel leader or what would happen next after I made her the first map of Badiraguato, Mexico.

The Sinaloa Cartel and Narco Maps

After a few checkout orders with next business day international shipping from FedEx Express Nacional, I quickly learned that the custom maps of Badiraguato were in fact going to family members related to “El Chapo”. And they were a big hit among Sinaloa cartel members who wished to spruce up their apartments, homes, and offices. We originally produced less than a dozen maps, which we sent to Mexico. But like any great creation that goes viral, it wasn’t more than three weeks after the niece of Mr. Guzmán contacted me that the orders began to stack up.

She had asked me if she could pass my contact information along to members of her family and friends. This is because they were in different cities in Mexico, and were looking for customized maps of their respected cities. I obliged without hesitation, as creating customized wall art is what we do best.

As it turns out, the woman who contacted me is the second cousin once removed from Miguel Ángel Félix Gallardo. He is another legendary Mexican drug lord and founder of the Guadalajara Cartel. It wasn’t long after connecting with family members of El Jefe de Jefes (“The Boss of Bosses”) that the birth of the Culiacán and Mazatlán maps came to be. At this stage, I began to understand who my customers were. I had affiliates of the famous Sinaloa and Guadalajara Cartels asking for maps of the places they grew up. Seems like they really loved the blood-red design of the original map from Badiraguato.

I realized over a few months that this style was representative of the lifestyle associated with drug cartels, the lifestyle that was portrayed so clearly in the Netflix TV show Narcos. So as word got around, it didn’t come as a surprise that these narco maps were becoming sought after décor for a few of the most powerful men and women in Mexico.

It happened in the blink of an eye. A few of the Sinaloa and Guadalajara cartel members began posting photos on Instagram with the cartel maps on their walls and tagging me. Since I often must beg people to tag me in their Instagram posts, I appreciated the recognition. However, given the unique circumstances, I immediately began direct messaging the folks who ordered maps from me. I asked them to remove my name from their social media posts. However, the damage was already done and my name had become synonymous with wall art for the cartels in Mexico. And now everyone wants their own Mexican Cartels Map.

Although he passed away in 1997, family members of Amado Carrillo Fuentes, known as “El Señor de Los Cielos” or “The Lord of the Skies”, reached out to me asking for a map of Juárez, Mexico. I realized quickly that I was beginning to communicate and build relationships with the movers and shakers in the Mexican drug business. Not only were people ordering cartel maps for birthday presents and wedding gifts for family members but in this unique case members of the Juarez Cartel were requesting a custom-made map on fine art paper to be left in the mausoleum built for the deceased cartel leader. His body had been laid to rest in the infamous cemetery outside of Culiacán, Jardines del Humaya.

The next order I received was for a cartel map of Matamoros, Mexico. This place is the home to the famous Mexican drug lord Osiel Cárdenas Guillén. The former leader of the Gulf Cartel and Los Zetas had earned the nickname “El Mata Amigos”. Translated to English it means “the friend killer,”. He got it before he was arrested and imprisoned after a shootout with the Fuerzas Armadas de Mexico in 2003. I didn’t know it at the time, but all of these Mexican drug cartels had high-ranking members closely connected in one way or another.

At one stage I received an email from a member of Los Zetas. They gave me a heads up that they were referring me to a friend in CJNG, the Jalisco New Generation. Ironically, the friend who contacted me from the CJNG shared the same surname as “El Mencho”, the cartel’s leader. Also, he shared photos of himself and Oseguera’s daughter, Jessica. They both have spent time in the USA & Mexico with dual citizenship.

After just a year of creating custom posters and fine art prints for the Mexican cartels, I built a pretty large collection of over 20 cities in Mexico that are home to narcos and their families. Some of the most recent maps I created were posters for the Beltrán-Leyva Cartel, La Familia Michoacana, also known as the Knights Templar Cartel, and the Tijuana Cartel.

Our collection of Mexican Cartel Map posters continues to grow day by day. To date we have made wall art and Mexican maps of many cities. These include Acapulco, Boca Del Rio, Badiraguato, Ciudad Juáres, Cancún, Ciudad Obregón, Ecatepec, Culiacán. There are also maps of Hermosillo, Guadalajara, Manzanillo, Leon, Mazatlan, Matamoros, Mexico City, Mérida, Monterrey. Additionaly maps of Navolato, Nuevo Laredo, Nogales, Puebla, Oaxaca, Tampico, Reynosa, Torreón, Tijuana. We also have a map one of my favorite places to visit Veracruz, Mexico. Fun fact: I once spent time with one of the governors there!

We are only creating custom cartel map on request. So if there is a city missing that you’d like to see hanging on your walls, please drop us an email. We’ve also created a cartel map poster for Medellin in Colombia, Osasco in Brazil, Panama City in Panama, and San Juan, Puerto Rico. However, we are not showing these maps online at the moment. We will show it once we build our collection of Colombian city maps.

With that in mind, we’re happy to customize any posters, illustrations, or maps for you and/or the cartel, should you have a specific request. Drop us an email or connect on social media to discuss in detail. 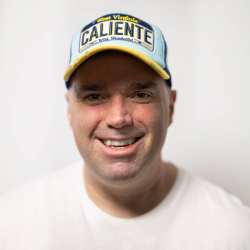 Shea Winter Roggio
Founder & CEO at Winter Museo
Shea is a creative with a background in portrait, travel, commercial and fine art photography, and with expertise in business development and operations. After having built startups in the U.S, UAE and India, he is now adding blogging to the many hats he wears.